Consumers do not make their decisions in a vacuum. Their purchases are highly influenced by cultural social, personal, and psychological factors. For the most part, they are “non controllable” by the marketer but must be taken in to account. We want to examine the influence of each factor on a buyer’s behavior.

In a diversified country like India cultural factors exert the broadest and deepest influence on consumer behavior; we will look at the role played by the buyer’s culture, subculture, and social class.

Culture: Culture is the most fundamental determinant of a person’s wants and behavior.

Whereas lower creatures are governed by instinct, human behavior is largely learned. The child growing up in a society leans a basic set of values, perceptions, preferences and behaviors through a process of socialization involving the family and other key institution .Thus a child growing up in America is exposed to the following values: Achievement and success, activity , efficiency and practicality, progress, material comfort, individualism, freedom, external comfort, humanitarianism, and youthfulness.

Each culture contain smaller group of subculture that provide more specific identification and socialization for its members. Four types of subculture can be distinguished .Nationality groups such as the Irish, polish, Italians, and Puerto Ricans are found with in large communities and exhibits distinct ethnic tastes and Jews represent subculture with specific culture preference and taboos.

Social Classes have several characteristics. First, Person with in each social class tend to behave more alike than persons from two different social classes. Second, persons are perceived as occupying inferior or superior positions according to their social class.

Third, a person’s social class is indicated by a number of variables, such as occupation, income, wealth, education , and value orientation, rather than by any single variable , fourth, individuals are able to move from one social class to another up or down during their lifetime. The Extent of this mobility varies according to the rigidity of social stratification a given society.

A consumer’s behavior is also influenced by social factors, such as the consumer’s reference group, family, and social roles and statuses.

Reference Group : A person’s behavior is strongly influenced by many group .A persons reference group are those groups that have a direct (face to face) or indirect influence on the person’s attitudes or behavior. Group having a direct influence on a person are called membership group. These are group to which the person belongs and interacts. Some are primary groups.

Members of the buyer’s family can exercise a strong influence on the buyer’s behavior. we can distinguish between two families in the buyer’s life . The family of orientation consists of one’s parents. From parents a persons acquires an orientation towards religious, politics, and economics and a sense of personal ambitions, self –worth, and love. Even if the buyer no longer interacts very much with his or her parents, the parents influence on the unconscious behavior of the buyer can be significant. In countries where parents continue to live with their children, their influence can be substantial.

In case of expensive products and services, husband and wives engage in more joint decision making. The market needs to determine which member normally has the greater influence in the purchase of a particular products or services. either the husband or the wife , or they have equal influence . The following products and services fall under such:

How to succeed:
Companies like Nokia, Reebok, Coke, PepsiCo and major automobile giants like Toyota, Suzuki, Ford, Chevrolet, Mercedes etc.. has made a market for themselves in India. How did they establish their own individual market in a country like India which is prone to diverse cultures?

Let’s take the example of Ford. Before establishing their base in India, they engaged in a lot of researches. Their researches were made on the Indian people’s social life, personal tastes and preferences, way of life, how they identify an effective product and what makes them get attracted towards a product. The social and economic conditions were analyzed.

The general economy of India was also researched on. They had modified their product to suit the Indian conditions. Their technology had to be adjusted and suited to such an extent that their car is adaptable to Indian conditions. Indians are generally prone to be rough and tough customers and especially taking into account the road conditions and other social factors they designed the product in such a way that it’s best suited to the conditions and it’s received by the target customers. Today Ford is enjoying a huge market in India. If an automobile company from a different country can make wonders why cannot our own manufacturers adapt to these techniques.

A customer’s want has to be identified and his expectations must be matched with the other economic and social factors so that their product is receptive. This can be related to any product. Reebok today is enjoying a huge market in India even though they have hired a company which is phoenix to manufacture shoes and operate under Reebok. How did they achieve this? Adapting to social conditions play the most important role in establishing your brand in the market.

This also means that customers are open to new and different products from time to time. It’s just that they want the product to be flexible and adaptable to their needs and preferences. People are changing from time to time, so do their tastes and preferences. Identifying those is the first step towards achieving success and the rest depends on the performance of the product. 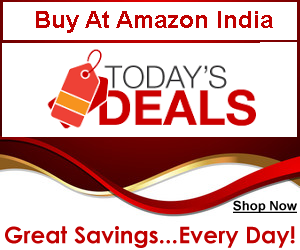 Stay Current With the Latest Trends & Developments Realted to Management. Signup for Our Newsletter and Receive New Articles Through Email

Note: We never rent, trade, or sell our email lists to anyone. We assure that your privacy is respected and protected.